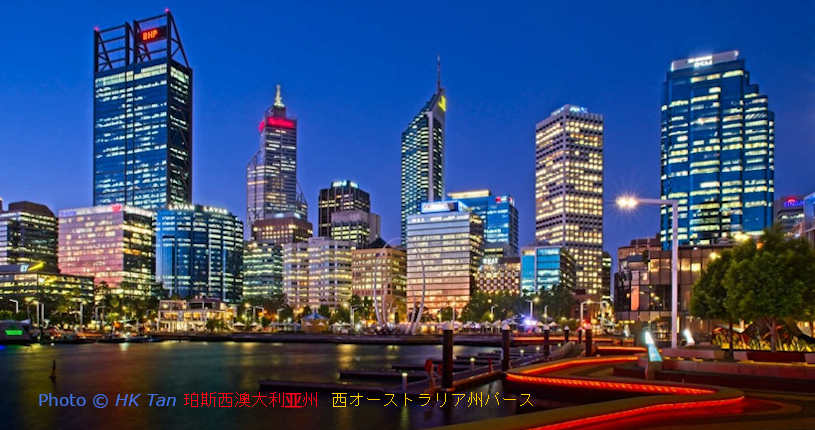 2021 sees a return of tourists to Perth Western Australia after travel restrictions were lifted. At the time of writing Perth is open to international travellers and tourists from most other Australian states. International travellers are required to quarantine in a Perth hotel for 14 days. Until herd immunity is established, tourists from Australian Covid hotspots are banned from entering Western Australia without a hard to get exemption permit.

The Google tourist map of Perth shows Rottnest Island in the west, Joondalup in the north, Midland/Perth Hills in the East and Mandurah in the South of the map. Perth has a low population density because the Australian dream of a house on a block of land instead of apartment living is strong in Perth. It means travelling 100km from the satellite city of Joondalup in the north to Mandurah in the south of Greater Perth, on the freeway takes one hour. This map of Perth shows Perth hospital locations. My wife works at Royal Perth Hospital which is the only hospital in Perth with a trauma unit. The biggest hospital in the southern hemisphere is the new Fiona Stanley hospital south of Perth. Tourist accidents are happy so go to the list of Perth hospitals and bookmark it.

The Google Map of Perth hotels is useful if wanting hotel information such as hotel photos and hotels located in Perth.

If you’re planning a travel holiday out of Perth, then see the map of Western Australia.

There are plenty of things to see and things to do in Perth. The following list of Perth’s popular tourist attractions is not complete.

Perth is the government, administrative, business capital of the resources state of Western Australia. The world’s biggest mining companies have headquarters in the Perth CBD. Many fly-in-fly-out workers are based in Perth. in 2021 with many new resources projects planned and ex-pats returning to Covid free WA, the property market is hot. Investment confidence has returned to Perth in 2021.

The economic boom in Perth is driven by mining. Mining money spills around in Perth by workers with high disposable incomes and by companies like TL Engineering that build modified vehicles that support the mining industry of Western Australia with specialised mining vehicles.

Our biggest international investments come from America while our biggest trading partner is China.

Import of goods to Perth come mainly via Perth’s container port of Fremantle, southwest of the Perth CBD. For people moving to Perth, affordable container hire in Perth, transport and cheap storage in Perth is available with the first month free.

Internet in Perth is delivered via the:
unreliable national broadband network (NBN) at speeds from about 20 to 100mb/second or
mobile broadband network at 2021 prices of about 35 cents per gigabite.
Telstra’s sale’s pitch for NBN delivery was if the service (ISP) is interrupted their router would fall back to using the mobile data network with the SIM card in the router. Their deceptive misleading advertising conduct fails to tell you it’s at less than a useless 1mb/second even though the speed in my Telstra phone plan is much faster in the same area.

THE WORST THINGS ABOUT PERTH

Anti-social, inconsiderate, noisy hoons. Hoons are dickheads who take the muffler out of their car’s exhaust pipe and drive aggressively to make loud street noise. If you’re a hoon you can flame me by commenting on the Youtube Perth hoon video.

The high cost of living. However, hotel construction has increased the supply of hotel rooms and in 2020 Covid diminished demand for hotel rooms thus resulting in low price hotel rooms Perth wide.

Perth is the most isolated city in the world. That mean’s travel costs, even within the biggest state of Australia, are expensive. Travel time is long too.

A nice environment such as pristine Indian Ocean waters is on my list of the best things about Perth. It’s rare to get such spectacular, clean, white sand, surf beaches right on the doorstep of a city with a population of 1 million people.

Summer stone fruits, melons, figs and grapes. Things like cherries that don’t grow in Perth are still close enough a couple of hundred kilometres south of Perth. So too is big surf and fine wines of the Margaret River wine region.

Job opportunities stemming from harvesting the natural resources of Western Australia. There always seems to be enough work. Perthites work hard. They have high disposable incomes. State income which is not syphoned off by the Australian Federal government comes from resources royalties and taxes from hard-working Perthites.

Perth is a close 3 hours flight to Bali Hotels and exotic holidays at luxury beach hotels in South East Asia.

Multi-culture and range of ethnic food restaurants in Perth.

Let your escort show you a good restaurant in the Swan Valley.

Hands-on, one on one, Computer Training Perth.

Moving to Perth? Need to buy or hire a shipping container in Perth for furniture or equipment storage in Perth?

Hire a friendly fun sexy local Perth escorts for personal escorted services around Perth. Escort services in Perth include meeting tourists at your Perth hotel and escorting you to all the favourite tourist attractions in and near Perth. Kings Park, Fremantle, Swan Valley, Scarborough Beach.

All Perth hotels need by law, proper emergency evacuation diagrams on each floor of their hotel. It’s law. Hoteliers should contact CMG Safety for clear evacuation plans framed and mounted on Perth hotel walls of each hotel floor/level.